What is Gelato Panini Press and how does it work?

The Gelato Panini Press is a professional waffle maker for baking fresh buns or preparing a baked dessert. The non-stick molds (or pans) of the machine are attached to a rotating head which enables the user to rotate the closed pans 180 degrees while baking. This way the buns bake evenly and are perfectly shaped. Additionally, the non-stick coating makes the pans very easy to clean – the whole process takes only a few seconds! The machine’s thermosensor is connected to a microcomputer controller which makes it easy to control the perfect baking temperature and the timing. The control’s LED display is designed at a 45-degree angle to ensure perfect visibility while using the machine. The machine is made of stainless steel.

What exactly is an Ice Cream Burger?

The original name Gelato Panini derives from Italian and simply means “ice cream in a bun”. The idea was quickly adopted in the US, where the dessert was called an “ice cream burger” or “ice cream sandwich”. The well-known bun was replaced by a perfectly round, sweet bun made of muffin or brownie dough. The Americans also changed the way Ice Cream Burgers were supposed to be served – thanks to the special waffle irons it became possible to bake ice cream in ready-made buns. Now it only takes 15 seconds for the dessert to become multi-dimensional: with a crispy crust, fresh, warm dough and a cold, sweet ice cream filling.

There are no reviews yet. 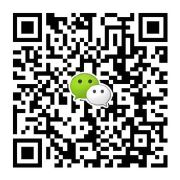